Legend of the Pharaohs Slots

Legend of the Pharaohs Slots 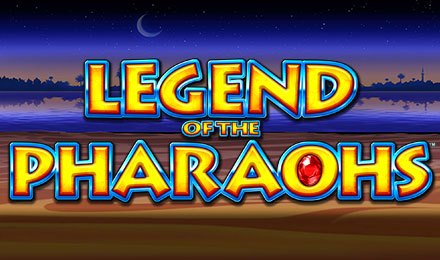 Legend of the Pharaohs

Ancient Egyptian civilisation has been brought back to life on Legend of the Pharaohs slot. The slot grid comprises of 5 reels and 25 paylines which is located in a temple surrounded by Horus statues. The pillars of the reels are embellished with hieroglyphs, which might be hard to understand, but you will once you start making winning combinations. Symbols you will find landing on these mysterious slot reels are: Ankh, Eye of Ra, Scarabs, Osiris, K, J, Q, A and 10.

Legend of the Pharaohs slot awards you with wins when you form winning combinations of similar symbols from left to right of the slot grid. But before you start spinning, set your stakes in the Bet Field by using the + or – buttons to set your desired bet. If you’d like to play hands free, the Autoplay button allows you to set a number of auto spins to play.

Amount of Paylines Selection: All 25 paylines are fixed throughout your gameplay.

Wild Symbols
The Golden Wild is the wild of the game, which appears only on reels one, two and three. This replaces for all other symbols except for the blue and red pyramids.

Free Spins Feature
Free Spins are triggered through landing three, four or five blue pyramid symbols anywhere on the reels. When launched, 10 free spins are awarded and are linked with either one, two or three bonus features.Big Bet Feature
This feature consists of five linked spins made on additional bets. Here, you have to collect scatter symbols rather than having to land them in one spin. Collecting two scatters will award a spin on the Wheel of Fortune to get the third scatter or a cash prize. There are four different types of Big Bets, and they are: £20, £30, £40 or £50.
Forgot your details?
Not a member yet? Join now