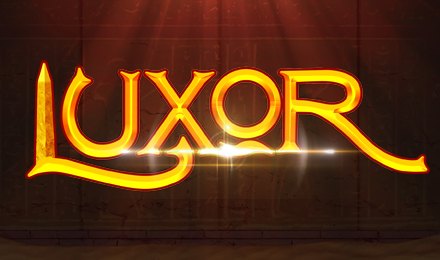 As soon as you hop on Luxor Slot machine, you will be propelled into an ancient Egyptian world. Through the melodious sounds that emits through the reels, you will find a fantastic show of well-designed symbols travel around the reels. This is a nit to be missed show, spin the reels of Luxor Slot anytime! Guess what’s worth the detour? You can win up to 17,312 times your stake on. Is it not awesome? Luxor Slot is video slot featuring 243 ways to win by Pariplay. So, are you in it to win it?

Grab your favourite device and spin the reels of Luxor Slot on your smartphone, tablet and desktop devices. Yes, its compatible on all your gadgets.

Luxor is a city in the eastern Egypt, found in the east bank of the River Nile. It is the site which contains ruins of temple that was built by Amenhotep III and monuments that was erected by Ramses II. This is where Pariplay drew inspiration. And as you swirl the reels of this magnetising reels, you will find some awesome symbols that depicts a gold ring imprinted with the Eye of Horus, an ankh cross, the ‘’jackal’’ god Anubis and the Pharaoh’s queen. The Pharaoh is also present on the reels of Luxor Slot and it awards 20 times your stake if you succeed in landing 5 on adjacent reels.

Bet Levels: You will find no betting levels over here.

Wild Symbol
Looking for the wild symbol? It’s the Scarab beetle. It can substitute all the other symbols on the reels of Luxor Slot apart the scatter symbol when it lands on the middle 3 reels. The wild has the power to expand the reel as well as to award a respin.

Free Spins with Stacked Wilds
You can also enjoy 10 Free Spins that will be launched on different game engines that offer the following: 243, 576, 1,125 or 1944 ways to win. You will also have the chance to land an additional 5 Free Spins which is an extra five Free Spins to your overall. Or, one of two jackpot prizes can be bestowed to you. The Stacked wilds are also in play during your free spins feature. There’s also the chance to retrigger the feature.

Grand Jackpot
This feature is launched during the game’s bonus round. Just reveal three of the Grand Jackpot symbols and if it happens, you will be bestowed with 2000 times the original bet.
Forgot your details?
Not a member yet? Join now